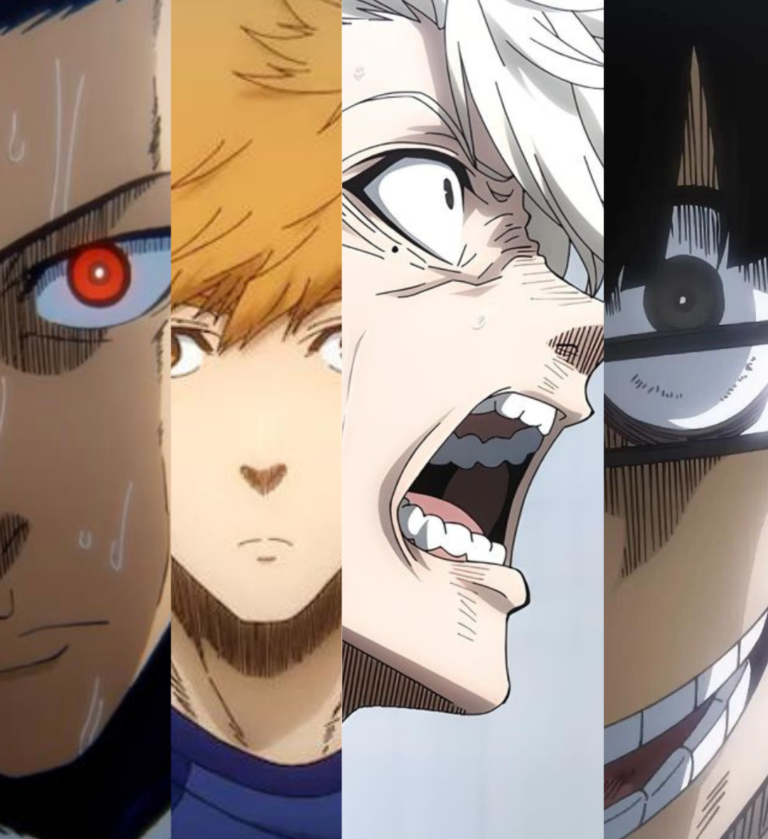 It is an Anime series It was serialized (Manga )in Shueisha’s Weekly Shōnen Jump magazine from December 2018 to October 2020. The story follows Denji, a young man who is turned into a demon-human hybrid known as a Chainsaw Man after his father’s death. He is recruited by a government agency to hunt down other demons and protect the world from their threat. The series has been well-received for its unique blend of horror, action, and comedy.

As of 2022, there has t been an anime adaptation of Chainsaw Man.

Blue Lock is a Japanese manga series written and illustrated by Kyouichi Nanatsuki and Yūki Kodama. It was serialized in Kodansha’s Weekly Shōnen Magazine from September 2018 to October 2020. The story follows Yoichi Isagi, a former high school soccer player who is recruited to join the Blue Lock soccer team, a group of misfits who are trying to become the best soccer team in Japan. The series focuses on the characters’ personal and team development as they face off against strong opponents and try to reach their goals.

As of 2022, there has been an anime adaptation of Blue Lock.

The story follows a spy named Twilight who is assigned to infiltrate a prestigious school and gather information about a suspicious student. In order to blend in, he adopts a fake family and becomes the father of a young girl named Anya. The series follows their adventures as they work to complete their mission while also trying to maintain their cover as a normal family.

Spy x Family has been well-received for its unique blend of action, comedy, and family drama. It has been serialized in several languages and has been nominated for several awards.

The story follows as ” The people of the kingdom look down on the young Prince Bojji, who can neither hear nor speak. They call him “The Useless Prince” while jeering at his supposed foolishness.

However, while Bojji may not be physically strong, he is certainly not weak of heart. When a chance encounter with a shadow creature should have left him traumatized, it instead makes him believe that he has found a friend amidst those who only choose to notice his shortcomings. He starts meeting with Kage, the shadow, regularly, to the point where even the otherwise abrasive creature begins to warm up to him.

Kage and Bojji’s unlikely friendship lays the budding foundations of the prince’s journey, one where he intends to conquer his fears and insecurities. Despite the constant ridicule he faces, Bojji resolves to fulfill his desire of becoming the best king he can be.

A street kid tries to survive in a technology and body modification-obsessed city of the future; with everything to lose, he chooses to stay alive by becoming an edge runner: a mercenary outlaw, also known as a cyberpunk.

A beginner’s guide to creating and selling your first NFT

TOP 5 PC GAMES OF ALL TIME