Most Anticipated Anime Coming in 2023 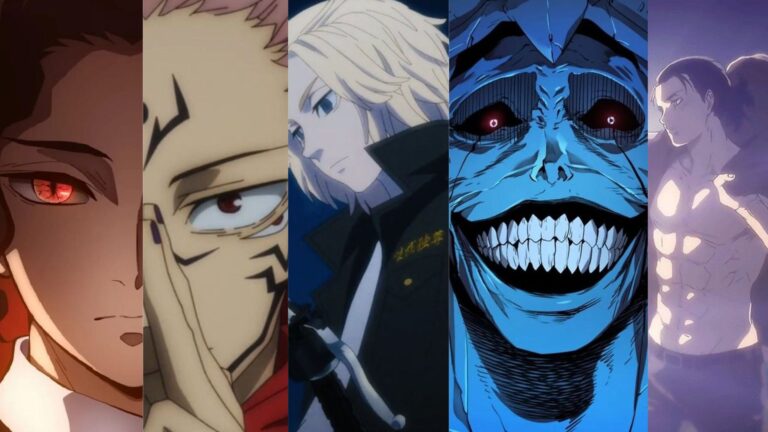 This upcoming anime is based on “Solo Leveling” a popular South Korean web novel written by Chugong. It was later serialized into a manhwa (Korean comic) and has been translated into various languages including English. The story follows the life of Jin-Woo, a low-ranked hunter who becomes the world’s strongest after acquiring the ability to “level up” in real life. As he becomes stronger, Jin-Woo must confront various challenges and enemies, while also dealing with the consequences of his newfound powers. The series has been well-received for its action-packed narrative and compelling characters.

This upcoming anime is a sequel to “Jujutsu Kaisen” which premiered in October 2020, “Jujutsu Kaisen” is a popular manga series written and illustrated by Gege Akutami, serialized in Shueisha’s Weekly Shōnen Jump magazine. The story follows high school student Yuji Itadori, who is drawn into the world of jujutsu sorcerers known as the Jujutsu Tech. Along with his fellow jujutsu sorcerers, Yuji must defend humanity from evil spirits known as Curses Spirits and prevent them from harming the living world. The series has been well-received for its action-packed narrative, compelling characters, and creative use of jujutsu magic. An anime adaptation of “Jujutsu Kaisen” premiered in October 2020 and has been praised for its high-quality animation and faithfulness to the original manga.

“Attack on Titan: The Final Season” is the fourth and final season of the “Attack on Titan” anime television series, based on the manga series of the same name by Hajime Isayama. The story is set in a world where humanity lives inside cities surrounded by walls due to the Titans, gigantic humanoids that eat humans seemingly without reason. The story follows the life of Eren Yeager, who vows to exterminate the Titans after they destroy his hometown and kill his mother.

“Attack on Titan: The Final Season” began airing in December 2020, and is expected to conclude the story of “Attack on Titan.” The series has been well-received for its intense action and character development and has gained a large and dedicated fanbase since its debut. The final season is highly anticipated by fans, who are eager to see how the story will conclude.

This upcoming anime is the second season of “Vinland Saga” anime, “Vinland Saga” is a Japanese historical manga series written and illustrated by Makoto Yukimura. It was serialized in Kodansha’s Weekly Shōnen Magazine from April 2005 to November 2019 and has been collected into 32 tankōbon volumes. The first season of the series has been adapted into a 24-episode anime television series that aired from July to December 2019.

“Vinland Saga” is a Japanese historical manga series written and illustrated by Makoto Yukimura. It is set in the 11th century and follows the life of Thorfinn, a young warrior who aspires to avenge his father’s death by becoming the greatest fighter in the world. The series is known for its historical accuracy, compelling characters, and epic battles.

The story takes place in the late Viking Age and follows the adventures of Thorfinn, the son of one of the greatest Vikings, Thors. Thorfinn is raised by his father to be a warrior, but after Thors is killed in battle, Thorfinn sets off on a quest to avenge his death. Along the way, he encounters a variety of characters, including other Vikings, knights, and even the legendary King Canute. The series explores themes of loyalty, revenge, and the cost of violence.

“Vinland Saga” has been well-received by readers and critics for its compelling storytelling and historical accuracy. The series has been serialized in Kodansha’s Weekly Shōnen Magazine since April 2005 and has been collected into 32 tankōbon volumes.

This upcoming anime is the second season of Tokyo Revengers anime,” Tokyo Revengers” is a Japanese manga series written and illustrated by Ken Wakui. It is set in a world where time travel is possible and follows the life of Takemichi Hanagaki, a 26-year-old man who is transported back in time to his high school days. Takemichi finds himself in a dangerous situation, as he must navigate the complicated world of high school while also trying to prevent a tragedy that occurred in his past.

The series is known for its action-packed narrative and compelling characters. It explores themes of friendship, loyalty, and the consequences of one’s actions. “Tokyo Revengers” has been well-received by readers and critics, and has been serialized in Kodansha’s Weekly Shōnen Magazine since May 2017. The series has been collected into 26 tankōbon volumes and has also been adapted into a 25-episode anime television series that aired from April to September 2021.

The Swordsmith Village Arc is a story arc in the “Demon Slayer: Kimetsu no Yaiba” manga series and anime adaptation. It follows the character Kanao Tsuyuri as she travels to the Swordsmith Village to seek out the help of a swordsmith named Tengen Uzui, who is also a demon slayer. The arc also introduces the character Rengoku Kyoujurou, the Flame Hashira of the Demon Slayer Corps, and explores the history of the Demon Slayer Corps and its relationship with the Uzui family.

The Swordsmith Village Arc is notable for its action-packed narrative and character development, as well as its exploration of the themes of family and loyalty. It is considered by many fans to be a highlight of the “Demon Slayer” series and is well-loved for its compelling storytelling and dynamic characters.

“One Punch Man” is a Japanese superhero webcomic created by ONE, which was later serialized into a manga and an anime series. The story follows the life of Saitama, a hero who has become so strong that he can defeat any opponent with a single punch. Despite his immense strength, Saitama becomes bored with his ability to win so easily and sets out to find a worthy opponent.

“The Rising of the Shield Hero” is a Japanese light novel series written by Aneko Yusagi. The story follows the life of Naofumi Iwatani, a young man who is summoned to a fantasy world along with three other men to become the world’s heroes. Naofumi is chosen as the Shield Hero and is tasked with protecting the kingdom from disasters. However, he is falsely accused of a crime and becomes hated by the kingdom and his fellow heroes. With the help of a slave girl named Raphtalia, Naofumi sets out to clear his name and protect the kingdom from the true enemy.

The series has been well-received for its compelling narrative and complex characters. It has been adapted into a manga series, an anime television series, and a video game. The anime adaptation premiered in January 2019 and has been praised for its high-quality animation and faithful adaptation of the source material. The second season of the anime premiered in January 2022. Season 3 is coming in 2023.

TOP 5 PC GAMES OF ALL TIME

The 8 Strongest Anime Characters of All Time

1 thought on “Most Anticipated Anime Coming in 2023”